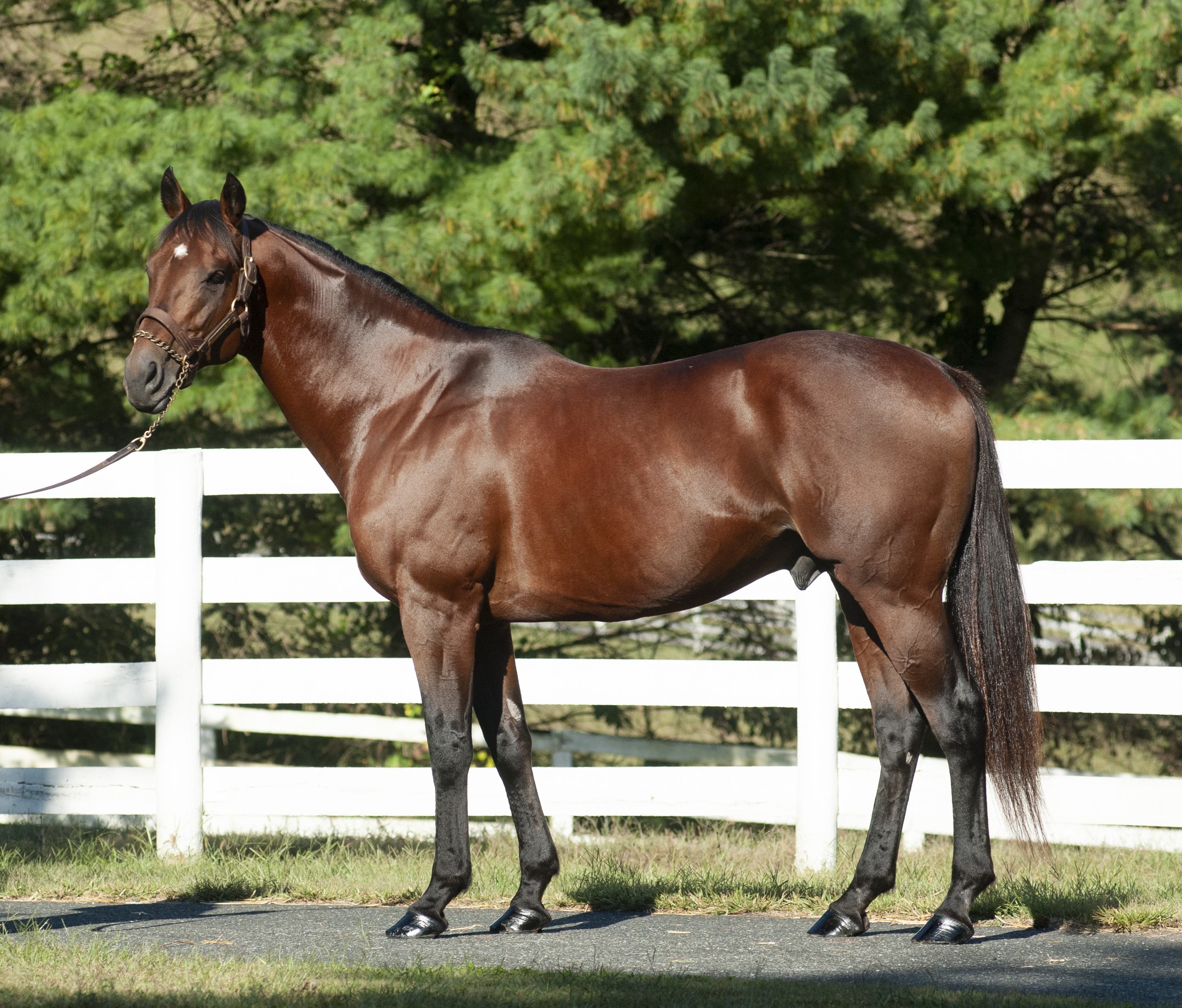 Payable when foal stands and nurses

HANGOVER KID's first runner from his first crop, current 2 year old MISS J MCKAY, crossed the line first in her first three starts by an average margin of more than 4 lengths, including the Anne Arundel County S at Laurel and Colleen S at Monmouth Park, but in the latter she was disqualified and placed third although much the best.

Graded stakes winner HANGOVER KID raced four seasons, made 26 starts and won or placed 17 times to earn $643,203. Won the 1-1/2 mile Bowling Green H-G2 at Belmont Park on the turf. Won the West Point S at 1 -1/16 mile over the Saratoga turf. Finished second in the G2 Monmouth S and the G3 Red Smith H. Was third in the G1 United Nations. In his final race, he finished sixth of 12 in the Breeder's Cup Turf G1, less than 4 lengths back. Won on dirt and turf, from 7 furlongs to 1-1/2 miles.